Season over and some sad news

The 2009 spring salmon season is over for me. Although we had less days for fishing due to the boat activities and the windy weather one the Baltic Sea, it has been one of the best years since I'm fishing over there, means 1994. In total I caught 21 fish. The most of the fish were caught with natural bait, baitfish (Bleak, Ukelei) in Swedish: Löja. It was the first time that I'm concentrated even in the Baltic Sea on this fishing style, which has been perfected by the finish Fisherman. While on Vaenern the "Anchovy Special" Baitholder was best, in the Baltic the "VK" from Finland lured the most of the fish!

There have been sad news as well, especially about the salmon stocking on Vaenern, our "home lake". It decresses significantly due to the missmanagement of the people in charge and it looks that they are still underestimating the value of the salmon fishery by "Trollers" from all over Europe coming to that lake. I can say only that one caught salmon pay's back it's cost by a 100 fold when it has been caught by Anglers, considered the spendings of the Anglers in Sweden to catch them.
One can only hope that a change in mind and handling is coming soon before this valuable resource has been wasted!
Posted by Martin Gaertner at Thursday, May 14, 2009 No comments:

The best for last 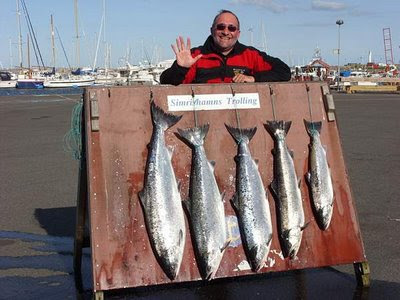 Today was my last fishing day for this years salmon season and it was a great one too! Almost perfect weather and an almost perfect result. I caught 5 fish "Full Hand", 3 Salmon , 11.9, 9.5, 8.3kg and 2 Seatrout , 6.6 and 3.8 kg. This was my second best result ever and a super ending of the Sweden trip. Tomorrow is boat cleaning on the schedule, it looks a bit like a slaughter house.
Posted by Martin Gaertner at Monday, May 11, 2009 1 comment:


Today was the first nice fishing day since we're in Simrishamn. I caught a salmon of 7.6 kg and came 17th in the fishing competition.
Posted by Martin Gaertner at Sunday, May 10, 2009 No comments:

Still a lot of wind


Today's fishing started with nice weather in the morning and was spoiled with to much wind around noon. Result was one nice Seatrout of 5.5 kg.
Posted by Martin Gaertner at Friday, May 08, 2009 No comments:

The wind permitted a few hours fishing in the morning only and I caught a Rainbow trout of 2.8 kg. There were no salmons today after the recent bad weather.
Posted by Martin Gaertner at Thursday, May 07, 2009 No comments:

Since 3 days we've strong wind now, today up to 20 m/s. No chance for fishing and the forecast is also not very much impressive.
Posted by Martin Gaertner at Wednesday, May 06, 2009 No comments: 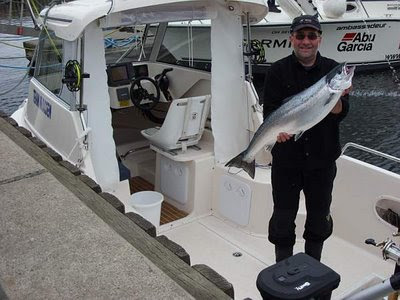 The second fishing day had some strong wind in the afternoon and I caught one salmon of 7 kg and lost a few tackle in the high waves.
Posted by Martin Gaertner at Sunday, May 03, 2009 No comments: 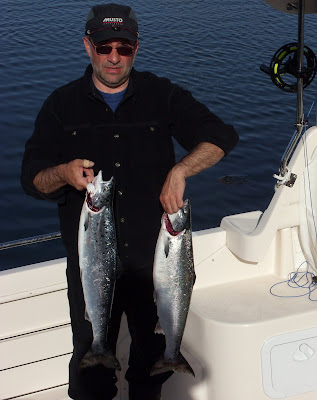 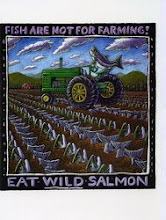